A 'Great Walk' in New Zealand 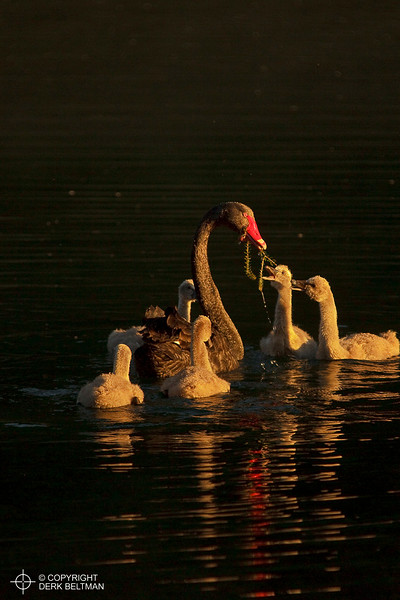 Having a week off in between two series of guiding trips in Down Down Under, I decided to try tramping a ‘Great Walk’.

A great walk is Kiwi speak for a classic or premier trek. The country boasts nine of them, although one of which is actually a multi-day river adventure. Due to time restrictions and its location ‘near’ the country’s main hub Auckland, I opted for Lake Waikaremoana.

Lake Waikaremoana is located in Central-East North Island, in between the cities Rotorua, Napier and Gisborne. It is part of what was Te Uwerera National Park until 2013. In that year a court ruling gave the park land back to the native inhabitants, the Maori iwi (=tribe) Ngai Tuhoe. Whatever its exact present status, the region is home to the largest remaining first-growth forest on the North Island.

Even though this vast hiking track lies on the more populated North Island, it is pretty remote. Large parts of the only road that goes through Te Uwerera are still unsealed. And from Auckland it took me two days to get to the trailhead, taking two public buses and one shuttle service. The first night on the road I stayed in Napier, a pleasant coastal town with many Art Deco buildings. The second night the owners of the shuttle service lodged me in their cosy if untidy bach. (A bach is a holiday home or second home. A bach, pronounced batch, is short for bachelor, coming from a time when men retreated to a house away from wife and children to pursue their own pastimes.) Their bach made me think of my mother’s place in France.
Lake Waikaremoana Great Walk is almost 50 km long. Most people take three to four days to cover the distance, though trail runners and very fit people do it way faster. And most take a water taxi in or out to where their car is parked. As the name suggests, the trail runs essentially along part of a lake.

The first day involved a 600-meter ascent of a big, lakeside bluff. On top and at the end of that hill was the first hut. The day started sunny and warm. By the time I arrived at the trailhead, a high, thin overcast had developed. A few hours later it was foggy, which turned into a white-out and a slight drizzle. Unsurprisingly, by the time I reached the hut, there were no vistas over the lake. In fact, it was a bit cold, but the ranger had lit the fire in the hut. It never ceases to amaze me how fast the weather can change in New Zealand.

My pack was about 20 kg and bearable. The uphill part made me sweat. But I took it easy, resting every hour and taking pictures. I put an effort in trying to capture the spirit of the place, especially the pristine temperate rain forest. What a challenge it is to make both a good and an interesting photo of trees! These weeks I’m experimenting with long exposure shots (for example, F16, 4 seconds, iso 100). I found that windy and sunny conditions are no good for these kind of photos. Windswept moss, ferns and leaves make for blurred pictures. And when the sun is out, there’s usually too sharp a contrast between shadows and highlights in forests. This time, in the course of the day, the wind picked up, so I stopped photographing.

In the so-called Panekire Hut people slowly came dripping in. I ended up sharing it with as many as three dozen others. Both tourists and Kiwis were present: solitary hikers, groups of friends as well as families. Over the next few days I got to know some of them better. Among the walkers was a snoring elderly lady who slept less than two meters aways from me that night... 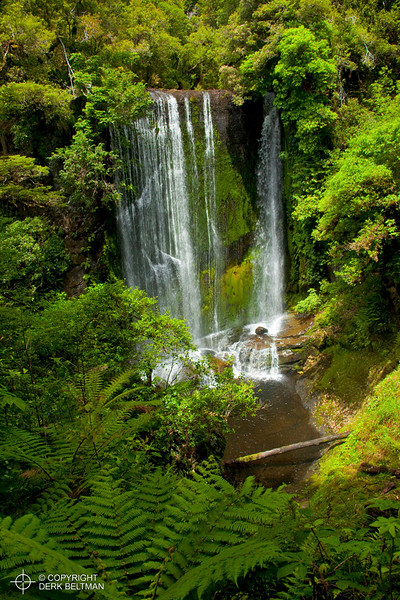 The next day, the sun was out. This meant that I did get to see the lake from above. After breakfast, it was an easy two-and-a-half hour gently descent to the next hut. The ranger who takes care of it, suggested to leave my pack in the hut and go and see the nearest waterfall. This would save me a side trip the next day. As I had already finished the only book I carried and the weather was fine, I decided to give it a go. I joined two Kiwis for what we thought would be a 90-minute return trip. As it turned out, this was one way. Anyway, the falls were idyllic and its waters too tempting not to take a plunge in, so this brief visit to paradise was well worth it.

That night I was lucky that the one who snores slept in the other room.

The third day the fine weather held. The scenery changed: trees along the trail were not so much covered with moss as the ones higher up in the Panekire Range. And forests were intersected with meadows and shrubs. The meadows were carpeted with flowers and two-meter tall grasses. Apparently, there are few grass-eating animals here. I suffer from hay fever so the grasses made me sneeze. Most of the shrubs were manuka, or New Zealand tea tree, which is known for its healthy properties. Manuka honey is quite well-known in this country.

After half a day of pleasant hiking, I arrived at the hut. In the afternoon I went swimming in the lake. At dusk and the next day at dawn I photographed black swans. The low-light conditions and the blackness of the birds made it a bit challenging and I look forward to see the results on a big computer screen. I also managed to take a picure of a swallow. Arguably, some of these bird species aren't native to New Zealand. Native wildlife - mostly birds on land - in New Zealand is in a bit of a sorry state. Introduced animals such as rats and stoats and feral cats hunt the birds down and eat their eggs and chicks. Nature protection here is about pest control, trying to avoid an explosion of exotic animals that damage the ecosystem. Enemy no. 1 is the brush-tailed possum, an introduced herbivore that has no natural enemies in New Zealand. Only in predator-free small fenced-off areas and on small islands the native wildlife thrives. The good thing is that this way, some bird and reptile species have been saved from extinction. Needless to say, on this trip, I didn’t get to see the flightless national nocturnal bird, the kiwi.

That night the hay fever got the better of me and I couldn’t breathe through my nose anymore. Even taking high-dose medication didn’t help. The one who snored was banned from the bunk to the kitchen by her sister. We Nazis, who slept in the bunk or on the veranda, didn’t mind. It reminded me of a scene from the movie The Beach.

The last day I hiked out in five hours, enjoying sunny, warm weather and some awesome scenery. After this, the real adventure began. I’m usually one who plans ahead and makes reservations well in advance. But getting back to civilization was hard to organize. A water taxi would bring me back to where I started, from where it was a least two days back to Auckland. Moreover, I wanted to go in the opposite direction taking a shortcut directly northwest to the city of Rotorua while seeing different parts of Te Uwewera. Organized transportation to Rotorua at the end of the trail was limited to three times a week. And the day I hiked out was not one of the days when this service ran. Apart from that, the operator of this service didn’t answer his phone. So I tried my luck hitch hiking instead. At midday the sun high on the sky I stood at a gravel road where in 45 minutes five cars had passed, three of them going in the wrong direction. I had about about a quarter liter of safe water left. Luckily an elderly more or less deaf Maori stopped and brought me half-way, to the first village in the area where the gravel road ended. No sooner had I left the car than another Maori offered me a ride to Rotorua. In return, I paid for his gas.

© Derk Beltman and Pretty Planet Project, 2014. Unauthorized use and/or duplication of this material without express and written permission from this blog’s author and/or owner is strictly prohibited. Excerpts and links may be used, provided that full and clear credit is given to Derk Beltman and Pretty Planet Project with appropriate and specific direction to the original content.